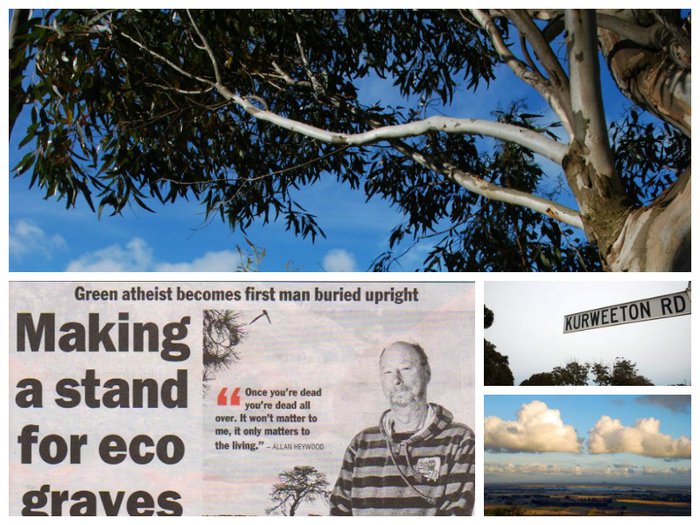 Population growth and urban development are leaving metropolitan cemeteries almost full to capacity, with limited scope for new burial grounds within their limits.

With many cemeteries in Melbourne almost fully occupied according to The Southern Metropolitan Cemeteries Trust and predictions that Sydney’s graveyards could also run out of space within 20 years, Australia’s going to need new options to accommodate its dead.

“Our metropolitan cemeteries are full to overflowing, and very few new cemeteries are being established,” says farmer Tony Dupleix, the man and managing director behind Upright Burials in rural Camperdown, which lies 200km west of Melbourne.

His Kurweeton Road Cemetery has created intrigue since it opened in 2010 to become Australia’s first ever vertical burial ground, where the dead are not laid, but stood, to rest. The four-hectare natural cemetery has capacity for 30,000 eco-graves, which are a third of the size of a conventional burial plot. It also claims to be among the most environmentally-friendly places to be buried, a place where the dead rapidly become at one with the earth, in their biodegradable cornstarch-and-hessian shrouds. 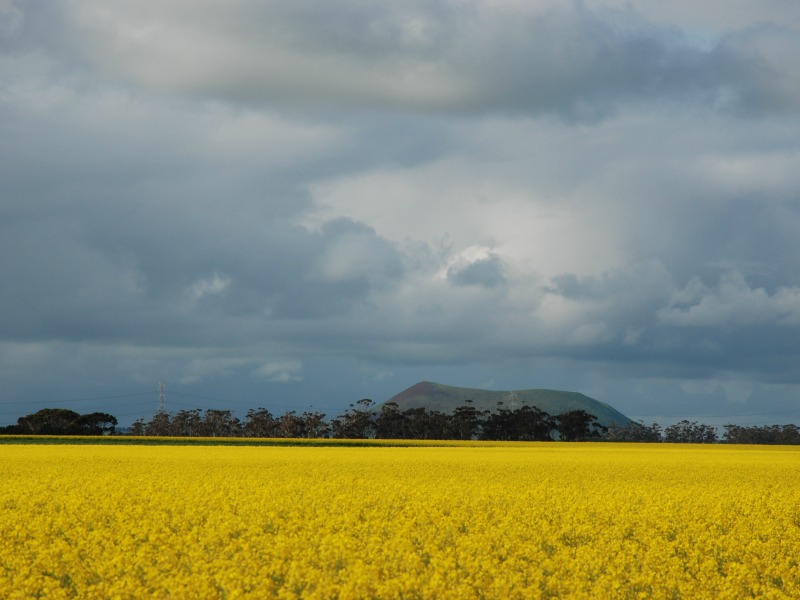 It’s certainly an attractive proposition for some. Ninety per cent of the space-saving Upright Burials that have already taken place at Kurweeton Road Cemetery were pre-booked by the individuals now interred there, with every burial attracting new enquiries.

“All the burials we’ve done are of people who’ve come to grips with their mortality and decided to do some planning,” says Tony, who’s so far met or spoken to most of his clients before their deaths. “It’s been easier for family members, because decisions have been made. We haven’t yet faced an unexpected or traumatic death. That’s a luxury for us, because the burials have been more like celebrations than grief-stricken events.”

Surrounded by bountiful farmland where Tony raises sheep and crops including wheat, canola and faba beans, funerals at Australia’s vertical cemetery are fuss-free.

The graves themselves are dug out with an auger, equipment more commonly used for digging holes for power poles, a process which disturbs less soil than conventional digging methods. The deceased, wrapped in their biodegradable shrouds, are committed to the earth via a battery-operated catafalque, which is recharged from solar panels also used to power the cemetery’s refrigeration plant.

Green burials avoid the use of chemical-based embalming, but the dead must still be preserved once they come into Tony’s care and so are often frozen before their burial.

“Others may disagree, but I consider freezing to be way less disruptive for the deceased, and somewhat more respectful and dignified,” he explains. “We encourage the bereaved family members to participate in dressing the deceased prior to collection by us, as part of the grieving or farewell process.” 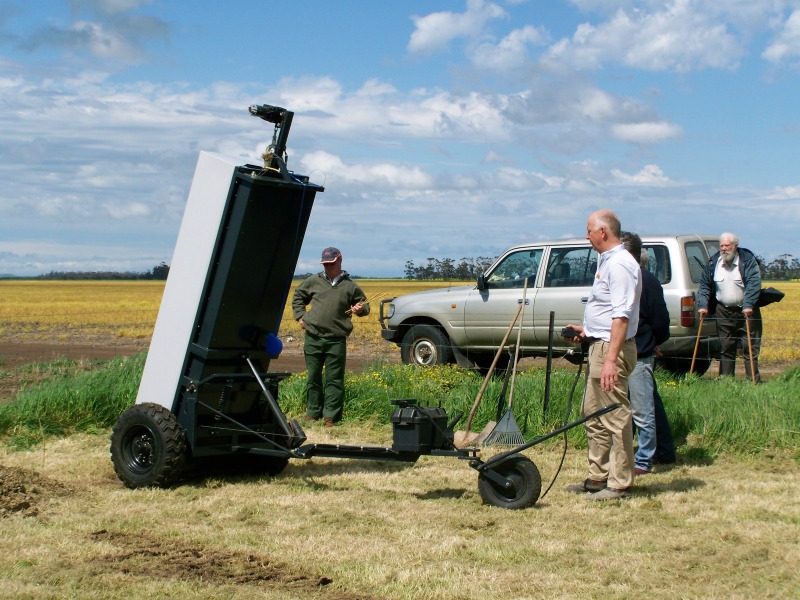 While most families will hold a memorial service of some kind closer to home before or after their loved one’s burial at Kurweeton Road Cemetery, many also commemorate them at the graveside.

“We encourage the family to organise their own celebrations,” says Tony. “There have been graveside services with clergy, there has been dancing and singing, there has been whisky consumed and spilled into the grave. People can do whatever is considered right.”

“Most headstones used in Australia these days are carved in China and airfreighted out here overnight,” explains Tony, who encourages mourners to have further consideration for the environment, by car-sharing to the burial and bringing no flowers or tributes, which could scatter and litter the landscape.

Every person who lies at rest here is remembered with a plaque at the cemetery’s entrance. “We’ve just managed to convince the Cemetery Trust to permit us to place volcanic boulders on each grave. But even without them, we can easily determine the exact location of every one.”

On nearby Mount Elephant, sapling eucalyptus, casuarinas, calistamons, acacias and bursaria are planted in memory following every Upright Burial. It’s already become a sanctuary for wildlife including kangaroos and wallabies, countless other marsupials, reptiles and many birds.

Upright Burials can be arranged through funeral directors as part of a traditional funeral package. With few overheads, a natural burial here currently costs $3,250 and, ever since environment-lover Allan Heywood became the first person to be buried here in 2010, “by far the majority” of people choosing it for a final resting place are attracted by its green credentials.

“We have buried a lovely woman from the central coast of New South Wales and a man from Adelaide, both citing the environment as their main interest,” says Tony.

“The Adelaide gent said that his family would plant 20 trees to account for the fuel used in transport. I also have one delightful booking from a woman who’ll be over 100. She’s fond of the environment, but said: ‘Now I can afford to have a better class of champagne at my wake!’” 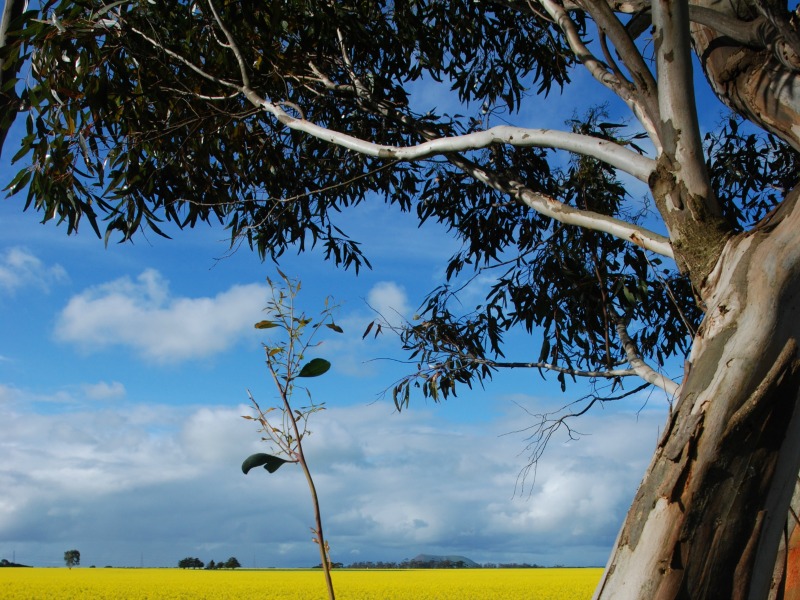 Tony reflects that in many ways, Upright Burials is more community service than business, which his commercial farming interests allow to develop at a slow-but-steady pace. There have been 40 burials here so far, but there’s no rush – after all, it took 26 years for the various overseeing agencies and authorities to green-light the eco-friendly cemetery in the first place.

While there have been expressions of interest in Upright Burials from as far away as New York, so far, most of its business has come from the Melbourne area. With the squeeze on metropolitan cemeteries leading to calls to create new burial zones for the city, the search for suitable available land is on.

With space to accommodate 30,000, Kurweeton Road Cemetery certainly has the capacity to become a natural necropolis for Victoria – although for now, Tony’s simply happy that, slowly but surely, people are becoming intrigued by the idea of rural resting place beyond the city limits.

“Traditionally, people don’t want to travel far for their burials,” he says. “It takes something from out of left-field like us to make people consider the options more fully.

“Instead of a 20-minute drive through traffic to visit a grave, how nice is it to have a two-hour drive through the country instead? People don’t do it for conventional burials, but are happy to, for ours.” 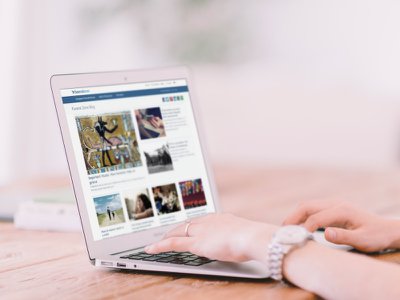 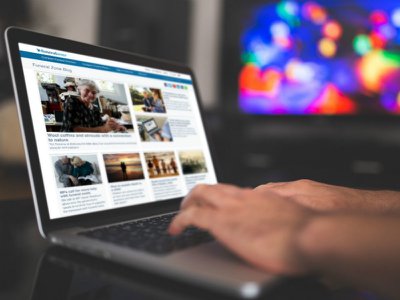 Why making a will is essential