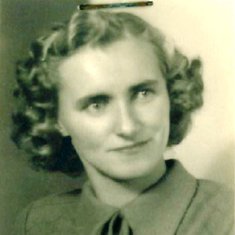 "Cherished Memories"
Maria was born Maria Terez Melczer on the 10th May 1926 in Rabatotfalu in Hungary near the Austrian Border to Gjula Melczer and Maria Doncez.
The day she was born she was baptised as she was not expected to live. This was to typify her fighting spirit as she lived another 90 years.
She grew up on the family farm with her brothers Joseph and Stephen and one story she used to tell was of the day she rode one of the cows.
She became involved with sport and played in the top national competition of handball. She travelled all over Hungary playing her sport. She must have been very competitive and tough as I remember when I was young she played netball for Bandiana and was sent off for being too rough.
During the war she worked in a factory making horseshoes and after the Germans retreated the Russians came and life wasn't as comfortable.
Her Brother Joseph escaped to the USA in the late 1940's. Mum escaped from Hungary into Austria in 195o. She originally wanted to go to America to be with her brother but as they had their quota she couldn't go. She then chose Australia even though she knew little of it and was told by her friends that in Australia the women were tied to a tree for the man to choose which wife he wanted. Still she took the chance.
When she arrived in Australia she was shipped to the Bonegilla Migrant Centre in 1951 where she was finally employed as a nurse at the migrant hospital.
She met her future husband Stanley, a Scotsman who had joined the Australian Army and was based in Bandiana, and they married in 1952.
They then moved to married quarters at Bandiana.
In 1953 she gave birth to Stanley Jnr and in 1955 to Eric.
She went back to nursing at Bonegilla and after Stan was transferred to Sydney where she rode a bike to Bonegilla to do her shifts.
In 1963 she moved to Sydney to join Stan and lived in Kingsford in married quarters for six years before purchasing their first home in Caringbah. They then later moved to 3 other properties before returning to the border in 1988 and bought a house in Wodonga.
Her husband passed away in 1994 and she continued to live at home to approximately 2012 until eventually due to ill health sho moved into "Yamaroo" at the Yackandandah Bush Nursing Hospital where she resided until she passed away in the early hours of the 14th November 2016.
She is survived by her sons & daughters in law Stan (jnr), Kathy, Eric & Bee, her six grandchildren, Samantha, Steve, Sheena, Scott, Ryan and Tara.
She was also the great grandmother of Georgia, Aiden, Addison, Jack, Evalena , Sereena and Analise

So very sad to hear of Maria's passing, but the past few years haven't been easy for her and I am sure she is now at peace.  Am unable to be with you today but you are in my
thoughts and prayers.

Dear Stan & families,
Our deepest sympathy and condolences to you and the family on the passing of Maria. Whilst we only got to share in a small part of her life it was a pleasure to get to know her. She had a wonderful wit and when her health was better she loved to chat and share memories of her life.
I am sorry I can't attend her service tomorrow but please know that you are all in our thoughts and prays at this time.

Love from all the residents, staff, volunteers and management at Yackandandah Health. 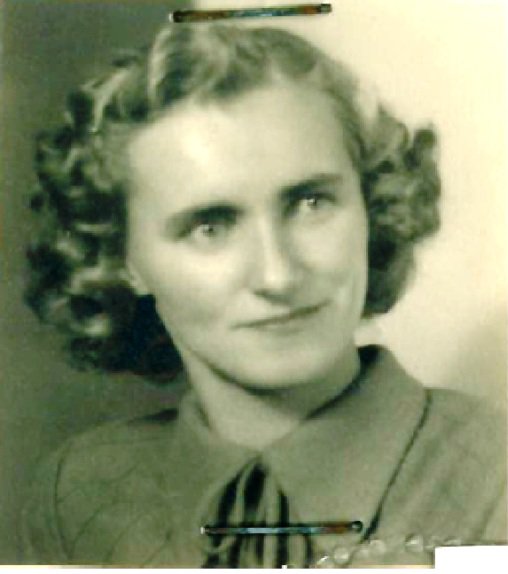